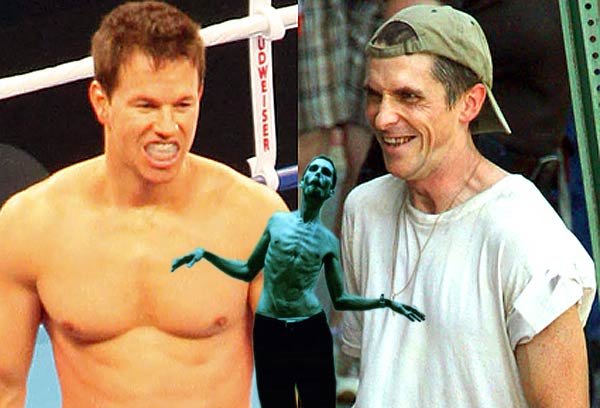 BALE: And Chris Farley was just phenomenal. Beverly Hills Ninja will always remain one of my tops. ESQUIRE: Now you’re lying. BALE: I have watched that movie. One time I sat down and watched it two nights in a row, and cried with laughter both times. The guy just was a phenomenon, and is missed dearly in my household.

Bale is in the habit of requesting that his media interviews be printed in a Q&A format. He also prefers to conduct them at the same five-star luxury hotel in Los Angeles, and makes it known that he dislikes personal questions.

ESQUIRE: No! I don’t like being told what todo.

BALE: I’ll tell you why. Basically, it’s somebody who got stuck having to interview me who really wants to be a novelist, so they’re writing these novellas and I was like, “It’s not true, that didn’t happen, they just made all that up! Why don’t they just go ahead and be a novelist instead of bothering with interviewing me?”

Q & A’s are more interesting anyway. I’m with you, Christian. Especially after reading some of this guy’s between-question banter: In fact, now that we think of it, Batman is the inconceivable middle point between the roles Bale played in Little Women and American Psycho.

Tugged between these polarities of control and recklessness, Bale is emerging as a paradoxical and driven person of a piece with many of his darker movies, which can feel less like entertainment than forensic research.

Later, equally unprompted, another remark bubbles up from the place where not wanting to do something brushes the naked perfumed shoulder of wanting to do it even more.  [via Esquire — I strongly urge you to check out the whole thing]

More Kermit/Bale goodness after the jump…