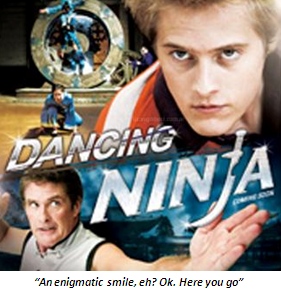 Firstly, before people start shooting batarangs in my general direction, I need to set some context. I’ve been a big fan of Christopher Nolan since his 2000 release, Memento. When he took hold of the Batman franchise in 2005, I did a minor mental backflip, the tremors of which still resounds to this day. I heralded The Dark Knight as one of the greatest movies of all time, and the only great superhero movie ever made. Nolan has brought comic book superheroes from the realm of campy and surreal to grounded and believable. He has set a new standard for superhero movies that superhero movies for decades to come will be judged by…. and inevitably fail.

So it’s no news that I am a big Christopher Nolan fan. Add to that my interest in Batman and my crippling addiction to movies. So why, oh, why, am I trying to avoid the current installment – The Dark Knight Rises (TDKR), which is reportedly smashing theater records across the globe right now? Well, that line of thinking clearly lacks context. The context is that I am now living in the UAE, which is now a partly handicapped zone for

movies on account of Ramadan, the Muslim month of fasting. This is the month when all Muslims go on a religious fast, and movies playing at this time lose out on popcorn revenue like nobody’s business. All the big blockbusters are on a delayed launch plan in UAE, with their theater releases pushed beyond August 16th. Result? It’s the season of le film de crappy; a virtual infestation of crappy movies at the theater.

Movie theaters are presumably diving into dumpsters head first to pick up alternate movies that they are willing to risk in this season. An example is the 2010 movie “The Dancing Ninja”, starring David Hasselhoff. It’s so niche that I don’t even see a Wiki entry on it as of now. Based on the movie poster, I have no choice but to assume that the movie is about a rookie ballet dancer whose last hope of getting ten thousand one million dollars for his ailing fiancee’s complicated heart surgery is to compete in the underground sport of synchronized ninja skating. Hapless, but determined, he goes to David Hasselhoff, a retired dancing master with an enigmatic past who has retired into seclusion, but is so charmed by the boy’s prancing antics that he decides to help him be the best dancing ninja in the country over

the course of a single montage training session. Inevitably, the evil villainous Dancing Ninjas in Menacing Red Outfits group is defeated by the unlikely underdog, who shows them that a strong heart and courage trumps brawn in any fictional universe. It ends with David Hasselhoff giving an enigmatic smile as the curtains fall.

With movies like this playing in an actual theater, as opposed to more appropriate venues like ‘nowhere’, the plight of the Middle East resident is woefully clear. But adding to the misery is the fact that around the world, people have already seen the movie. TDKR was the most anticipated movie of the year, and is almost certain to deliver lots of twists and turns to the plot which will be fiercely discussed around the web for months to come. And there would be numerous bat-fans out there who would rather watch a pirated copy than wait a whole month for the movie’s official release. I already know that the villain is Bane, that Catwoman plays a role, and that the movie is about how the Batman legend ends. But that’s all the info I want to take in before watching the movie. I need to avoid discussions on the plot at all costs. For fellow bat-fans stuck with Dancing Ninjas in the UAE, I’m making note of the various steps we can take to avoid the Batman discussions…

Stay out of the social networks Facebook, Twitter, and even Google Plus would be smack full of smug, lucky TDKR viewers who would be discussing vital plot points like their online reputations depended on it. You can, of course, screen the comments first and avoid posts that talk about keywords like “The Dark Knight”, “Batman”, “Bane”, or “Awesome”, but can you really risk it? I say avoid them all. In an age where you have social networks everywhere, from your laptop to your smartphone, this is not an easy task. Temporarily unfriend/ unfollow your friends who also happen to be bat-fans. It may be seem like a drastic step that may offend people and may result in half your friends refusing to talk to you ever again. But isn’t TDKR worth it? You would have no idea, on account of not getting any news through the social grapevine.

Avoid the Spoiler Guy It is inevitable that you come across some random fan who is bursting at the seams trying to give out vital plot points. We all know someone like this. He’s the guy who came fresh out of the theater saying “Hey,

I don’t know why this movie took people by surprise. I knew from the beginning that Bruce Willis was dead the whole time”. He’s the guy who comes at you with innocent discussions that go “Well, nice weather today, right? It reminds me of the final scene in SPOILER ALERT”, except he’s not screaming the words “SPOILER ALERT”, but is in fact breaking out critical spoilers in a casual manner. He usually starts out like “Wow. What a movie. I don’t want to spoil anything for you guys, you know… But I just HAVE to say this ONE thing. This ONE THING and I’ll shut up about it and leave you to enjoy it… Seriously. The butler did it. And you just won’t see it coming. Enjoy the show”. How do you deal with this guy? There are simple, efficient, and practical solutions, but hey, where are you going to get duct tape, a gun, a shovel and clear open spaces at short notice? So the only thing to do right now would be to avoid the guy. If you run into him at the water cooler, adopt evasive maneuvers… like maybe toppling the water cooler or squirting orange juice on his pants. Insert controversy into the discussion Even with the spoiler guy safely away from public view, say, wiping off weird juice stains from his pants, you still face the risk of getting into a Batman discussion from the regular, everyday folks. You may be discussing random topic, such as the weather (which turns out to be a surprisingly common conversation piece in my fictional settings) when suddenly, somebody may innocently start talking about TDKR. You need a quick diversion to avoid this. Quick! To the batmobile! Err… I mean <insert another phrase that implies ‘you need to act quickly’>. You may not find a water cooler nearby every time. Even if you do, you don’t want to be known as the guy who keeps toppling water coolers in the middle of a group conversation.